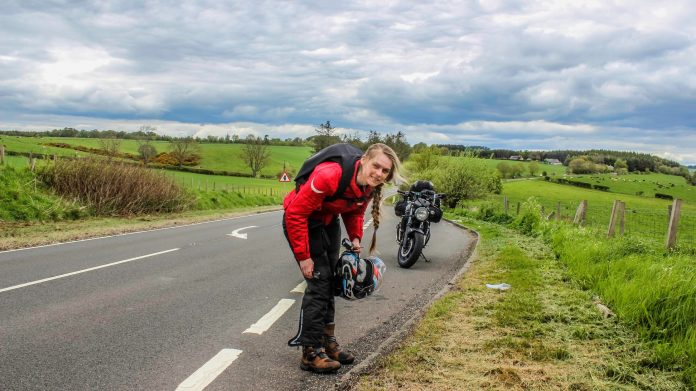 The UK has undoubtedly seen a dramatic rise in female motorcyclists in recent years.

A recent survey collected information from ‘The Bike Insurer’ shows that more and more women are purchasing motorcycles. Many believe that this is partially down to manufacturers starting to consider the needs of female riders when it comes to designing bikes.

The has seen an 8% increase in female riders in the UK.

The data presented in the survey demonstrated a clear upwards trend of women taking up motorcycling, notably, by analysing its policy database, specifically the data on female motorcyclists, the insurance aggregator refined over 23,000 insurance quotes between 1st May 2017 and 31st October 2018. Interestingly this makes up 8% of the total quotes taken on this site during that period. Although this may not necessarily be an accurate representation of the increase, it certainly demonstrates an increase in interest in the spot.

The average female motorcyclists in the UK

Motorcycles which are commonly ridden by female motorcyclists

The top three most popular motorcycles are

The top 10 motorcycles ridden by female motorcyclists are all 125cc or below except for Triumph’s Bonneville T100 which sits in 6th place as well as the Kawasaki’s ZX-6R in 7th place.

Honda continues to be the most popular motorcycle amongst women

Interestingly enough, this isn’t the first time that data has shown women to have a preference for Honda motorcycles. In fact, did you know, Honda bikers actually make up six of the top ten most popular motorcycles with women?

Andy Mineyko is Honda UK’s Business Planning Department manager for motorcycles. He says that it’s great to see that Honda is the leading manufacturer on the minds of female motorcyclists. He goes on to say that they’re proud to offer a broad range of models which women enjoy riding. Further to this, they hope to play a part in growing the female rider community moving forward through ‘Just Ride’ and the Honda School of Motorcycling.

The top five motorcycles above the 125cc ridden by female motorcyclists

The age data of female motorcyclists in the UK

The information which was gathered shows the preference for motorcycles can be linked to different age groups. For example, we can see that:

The top locations where more female riders are located are:

The most common job of female motorcyclists

We can also attain the most popular professions of female motorcyclists from the information we collected in the survey. The top three are

So why are more women taking up motorcycling?

Manufacturers are implementing design features that make their motorcycles more accessible to the female motorcyclist audience. This is undoubtedly a critical factor in the high rise of female motorcyclists on the road. The Bike Insurer’s commercial Director Jade Isabelle says that they are interested in looking at who these women are and how they can help them achieve their cheapest insurance price in the easiest way possible, as more and more women take up motorcycle riding. They welcome them all into the two-wheel world.

In an arguably male-dominated world of motorcycling, it’s nice to see that more women are gaining an interest in motorcycles. With manufacturers adapting to accommodate the needs and demands of female motorcyclists, there is almost certainly going to be a rise in female motorcyclists in the coming years. It’s safe to say that women are finally arriving on the biking scene, and they’re here to stay.

Why I love being a biker chick