When we think of the latest motorcycle, wood isn’t the first thing that comes to mind.

Over the past few months, the bike industry was revving up the electric bicycle, and we’ve seen striking concepts from both based marques and boutique designers alike. Now, French manufacturer Newron Motors has branched out to create a unique high-end bike with a body fashioned almost entirely from timber.

It’s quite the challenge to design an elegant electric bike and effectively incorporate those clumsy, boxy batteries–but Newron has managed to do just that with its new brand new concept.

The motorcycle is sleek and well designed

Panels of glossy honey-hued wood cover the big cylindrical battery pack–that runs from the centre of the bicycle toward the handlebars. The motorcycle boasts eye-catching LED lights with a highlight wooden flourishes. The bike has a single-sided swingarm on its right-hand side and a driveshaft on the left, while the engine is tucked away neatly. The motorcycle is an intriguing combination of innovative technology and natural elegance. Overall, it’s a minimalist ride. 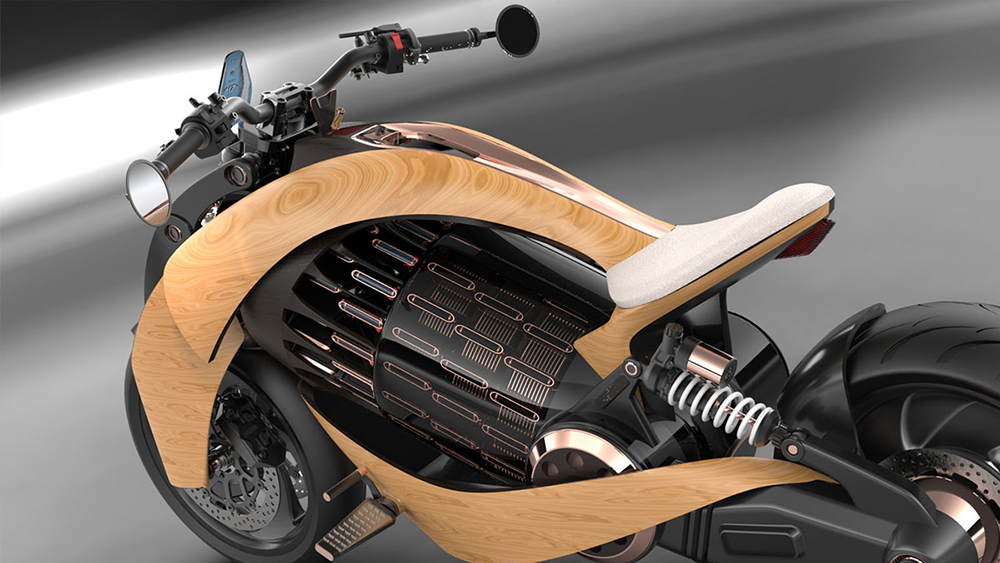 The wooden machine comes with a variety of built-in tech

In terms of technology, the bike is fitted with intelligent AI. This feature will assess the rider’s to ensure that there is sufficient power to get there (and back).

To tempt riders, even more, the motorcycle comes with predictive care warnings to remind motorists to give some love to the bike.

What are the specs of the motorcycle?

Newron has not yet released the in’s and out’s of the bike. We are curious to learn just what exactly the motorcycle is capable of on the roads.

The creators have stated that it will have a 75kW motor with a 300km range on a single charge.  The battery is barrel-shaped which is embedded within the rider’s very aerodynamic seat. The bike will have the capacity to deliver 240Nm of torque.

However, don’t get too excited. The motorcycle is expected to cost £55,000. This is a whopping price-tag, especially when compared to other electric bikes such as the Zero SR/F which retails at £17,999. 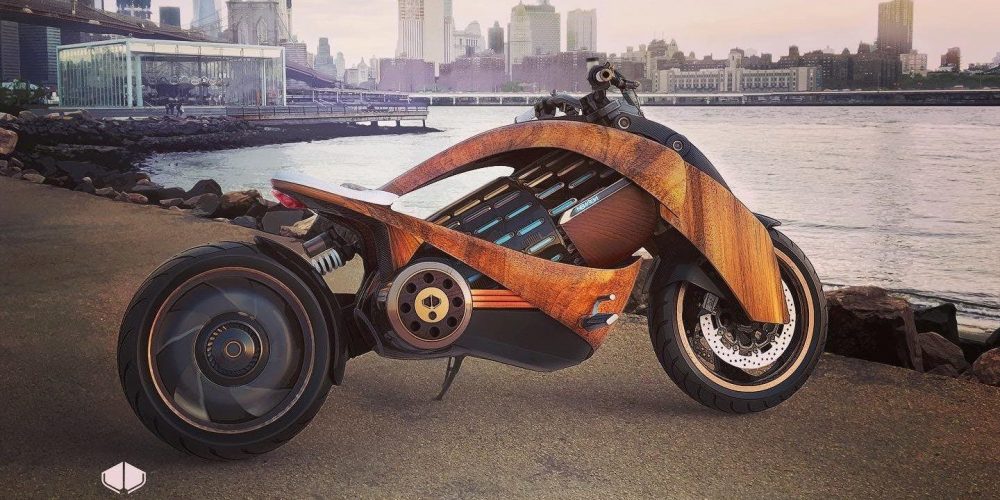 Newron is a company that was set up back 2016 by two engineering geeks. Armed with assistance from a French software firm, Dassault Systèmes, as well as leading microfinance group Advans, they have gone on to produce a stunning conceptual piece. The group plans to build 12 of their two-wheelers from 2020.

When interviewed, Newron stated that

‘as the world evolves, so do we. We are constantly seeking new ways to enhance our technical and design offering to bring magic to the road and the people. our team has successfully built our second prototype and is en route to creating a customizable, exclusive, high-end motorcycle for the true connoisseurs who are seeking for a new experience and assets.’

How to become a motovlogger