Should you buy your teenager a motorcycle? 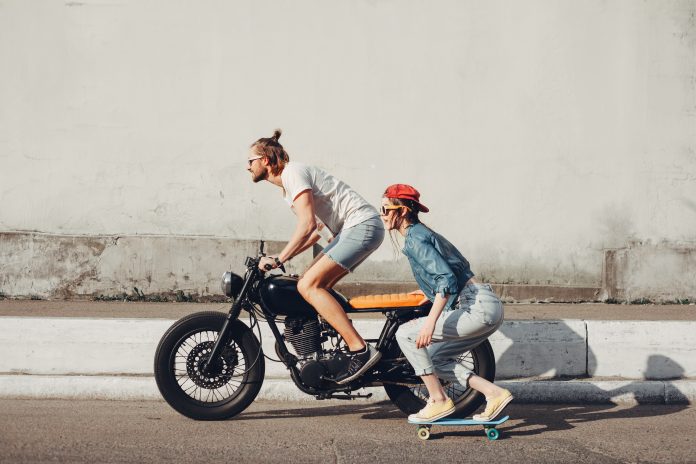 Being allowed to ride a motorcycle on the road is exciting for teenagers. However, for many parents, it’s their worst nightmare come true. Quite often, you will find yourself in the position where your child has begun asking for a motorcycle rather than a car. The question that arises for many parents is, should I allow them? Teenagers’ first automotive isn’t a light decision to make and shouldn’t be rushed.

There are, of course, many advantages to allowing your teenager to buy a motorcycle. However, if they’re under 18 in the UK, there are a lot of restrictions on the type of bike they can ride. Motorcycle tests are much more rigorous than car tests; they come in several stages and have additional age restrictions. In addition, a teenager can be limited to a learner’s licence by sitting a CBT test. This means that your teen will be restricted to a much slower bike. Often learner-friendly bikes come with a top speed of 60 MPH. In addition to this, they will be prohibited from carrying passengers.

Contrast this with a car test, and your teenager could legally end up in the driver’s seat of a high-speed car full of passengers, even if that car doesn’t belong to them. That’s not to say that your teen would be the perfect law-abiding citizen on a motorcycle, but the opportunities to show off are limited a lot more than they are in a car. The inability to car passengers means less peer pressure, and the testing restrictions mean less access to faster motorbikes.

If you allow your child to progress past their CBT, as a parent, you need to decide whether they’re allowed to carry passengers. Some parents choose to ban passengers altogether for a year or two. This comes down to personal parenting styles. Some parents may feel that their child is mature enough to withstand peer pressure and show off. The vast majority of accidents on the road happen due to a car being full of teenagers creating significant distractions. However, with motorcycles, this can be limited to one passenger or, at the parent’s discretion, none. 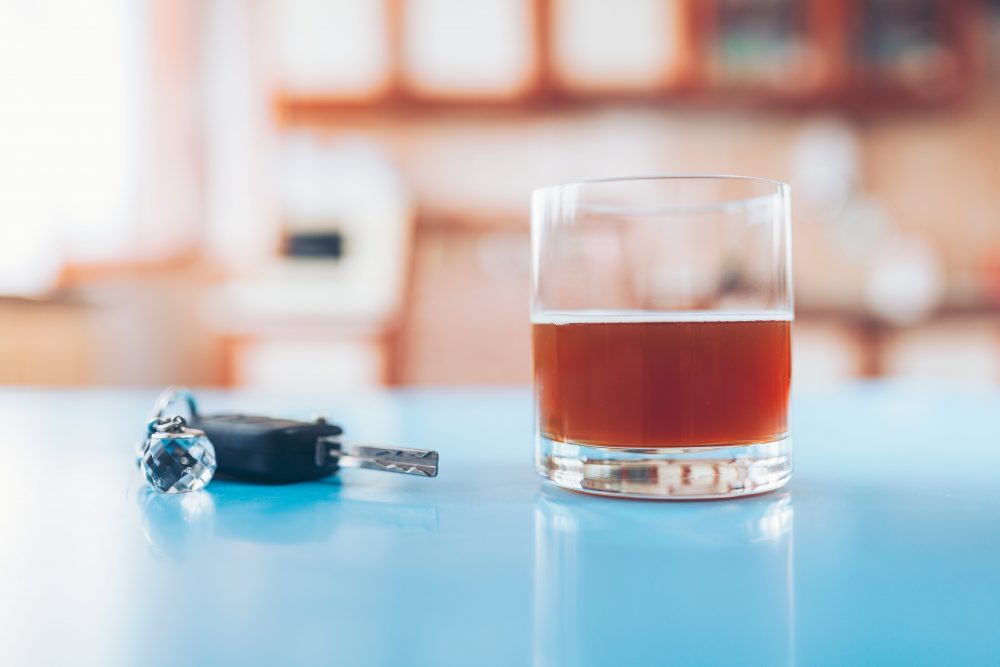 The idea of your child drunk driving is enough for any parent to attempt to deter their child from being on the road. Unfortunately, it’s widespread for teenagers to hide alcohol in their cars, and even if they don’t drink drive, they may have passengers who are. The risk of road accidents increases tenfold when alcohol is involved, even when the driver is sober.

However, this effect doesn’t seem to be more prominent with motorcycles. For starters, your teenager can’t physically drink and ride simultaneously. So the chances of parking in the cold British weather are slim. In addition to this, the necessity of physical coordination to move the vehicle means that your teen is unlikely to get far even when they have had a drink.

Modern UK Biker culture tends to look unfavourably on drunk bikers who ride. As a result, many opt for energy drinks as a replacement for alcohol at parties or when hanging with friends. This, in itself, dramatically reduces the risk of drunk driving.

Other dangerous drivers on the road

Something that should be considered is the potential for other drunk drivers to hit your teen on the road. If you’re hit by another vehicle in a car, your car’s crumple zone will likely take the vast majority of the impact, and airbags will be deployed. However, collisions on a motorcycle are a lot higher risk. The only protection your teen will have are the clothes they wear. While accidents can often be out of our control, you can implement rules to reduce risk. For example: 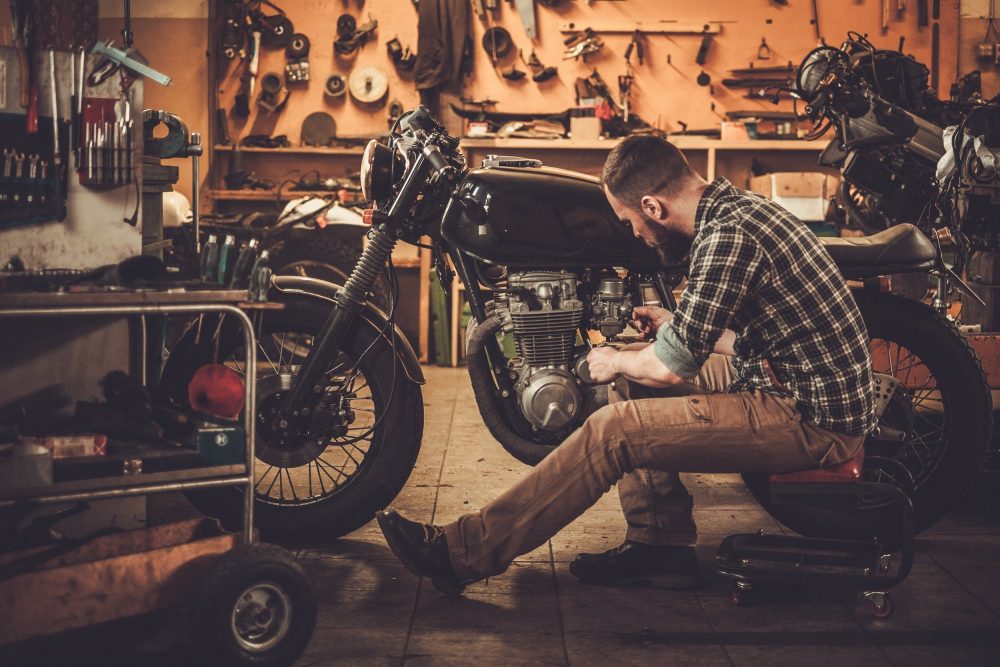 Purchasing a bike, on average, is significantly cheaper than buying a motorcycle. You can buy a brand new, factory-fresh bike for the same price as an old, beaten-up banger. Regarding safety, a new machine will be far more reliable than a second-hand car. In addition, you can get finance deals for as little as £50 per month. Low-interest finance deals additionally allow your teen to fund the bike purchase from their part-time job.

If you opt for a second-hand bike, many garages around the UK buy, repair and sell bikes for comparable market prices, with the bonus of a warranty. Overall, there are far more deals on the market for motorcycles than cars.

When it comes to repairing a motorcycle, again, it’s significantly cheaper than a car. Not only are parts more inexpensive, but so are tyres, break-down memberships and running costs. This means they’re a vehicle more in line with a teenager’s income.

Insurance is the highest cost for road users in the UK. On average, a first-year driver can expect to pay over £2000. In comparison, a first-year biker is looking at the cost of £250. With prices like these, it’s easy to see why motorcycles make the more attractive choice when it comes to getting your teen on the road.

The cost of motorcycle clothing

However, the hidden cost of motorcycle safety equipment is worth bearing in mind. You must purchase a motorcycle helmet brand new to safeguard your life in the event of a collision. While you may be able to get away with some second-hand bike clothing if you know the source, it’s vitally critical to bear in mind that this is still a hidden cost when buying a motorcycle.

Ultimately, when it comes to buying your teen a vehicle, it will require you to take an honest view of how responsible your child is. For parents who have allowed their child to ride off-road, it won’t be as much of an issue as for new road users. You already know they are capable of riding a motorcycle maturely.

However, if your teen has a severe need for speed and is a known risk taker, you will need to be more cautious with your decision to allow them to own a car OR a bike.

For the most part, whatever vehicle you decide your teen can have, you should ensure you agree to the terms and conditions of their driving. It would be best if you started with safety requirements, driving times and tuition requirements. Do you want your teen to take extra tuition such as Pass Plus or rider down courses?

After you’ve discussed the terms and conditions, you will get a clearer picture of your teenager’s maturity levels. If they agree to abide by your rules, you can be confident that they are ready to be on the road. It might be a good idea to discuss the consequences of breaking the rules in advance, for example, losing out on two weeks of riding if they break curfew. This way, everyone is clear on what can be expected from the decision to get a motorcycle.

As a parent, it is your responsibility to do what is in the best interest of your teenager, even if they disagree with the decision.