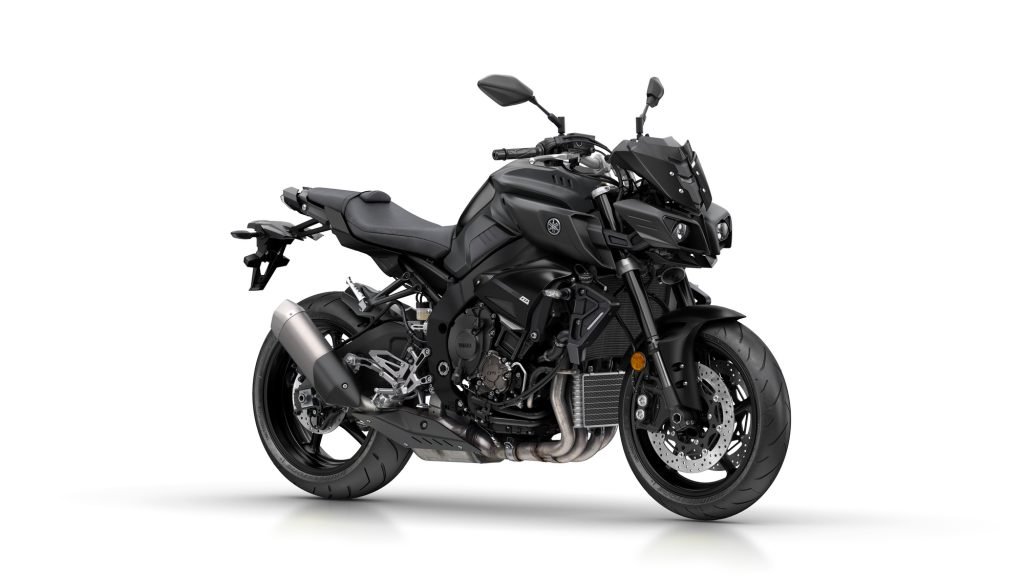 The Yamaha MT-10 (called FZ-10 in North America until 2017) is an MT series naked bike manufactured by Yamaha Motor Company since 2016.

It was introduced at the 2015 EICMA in Milan, Italy. It is the flagship member of the MT range from Yamaha.

The cross-plane engine is based on the 2015 YZF-R1 but re-tuned to focus on low to mid-range torque. It features a number of significant technical changes including newly designed intake, exhaust and fuelling systems.

The bike with non-functional V-Max-like air scoops replaces the fourteen-year-old FZ1 as the flagship bike in Yamaha’s sport naked range. In October 2016, Yamaha released the MT-10 SP, which includes some upgrades such as Öhlins electronic racing suspension derived from the YZF-R1M, full-colour TFT LCD instrument panel, and an exclusive colour scheme.

Pros and Cons of the Motorcycle